New Update!
I remade the prototype in MZ due to the limitations of the yanfly engine.

Javascript wasnt easy to getting used to, but i did it.

Interesting concept, i would love to see this fleshed out some more in the future.

As of right now, there’s just not much too it. This is a really basic demo in its most basic form, and really only serves to let you walk slowly and painfully because a cutscene is happening or you got fat apparently, or to mash the feed button on the princess to change dialogue mildly.

I am looking forward to seeing this game grow, but right now its just a tedious test piece that I had frustration with more than fun or boredom.

Ok, so after a week of the first version, i am making a small announcment. i am currently working on the game and i make more or less good progress, althought i struggle a bit with the scripting stuff, especially when i try to make a character outside of the party use an item. because anything is a bit chaotic at the monent, and i think that the next update should at least contain some content, i will set a goal for myself.

At least 4 Playable (and feedable) characters, each one with at least 3-4 skills.
Plains and Woods will contain at least 5 normal areas and 1 or 2 Event areas
The Woods will additional contain a Boss
At least 3 Berry types who can be got from bushes
At least 3 Fruit types who can be got from Trees
More craftable Food items (At least one for every basis ingredient from the Trees and bushes)
A more fleshed out Battle System, which also is more dependent on food (Inspired by the Vale-City games)
And at least one bad ending (as well as a room where the bad endings can be accessed so you dont need to die every time you want to access that ending)

I am not thaaaaaat quick, but i think i should be able to do that in a few weeks.

“Hello, I wanna play a game”

Ok, new Update after a few months of nothing

I remade the game in RPG Maker MZ instead of MV after I realized that it’s the better option for me overall. However, I am currently struggling with my concentration, and I am unsure what I should implement next.
I have to admit that my stamina isn’t the best. I am also in general more interested in gameplay rather than writing scenes, which lead to some a bit unfinished scenes.
So if someone has an idea what i should do next, i would love to hear it

mainly a few improvements in terms of bugs and graphics. i think the next thing i will tackle is the upgrade system, so its more rewarding to grind the game. 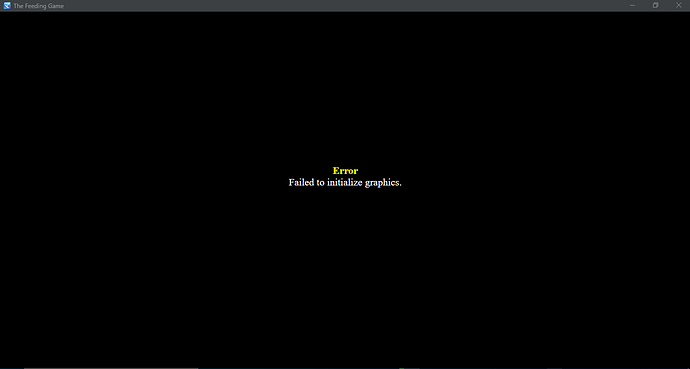 it aint letting me play game

Thats… strange. how did you got the error? directly at starting?

Same, unfortunately.
Hm, ok. can you pls try it again and then press F8?
that should open a console. there you should find a better description of the error. pls make a screenshot from that so i can better see what the problem is.

i found it i forgot to enable it the f8

honestly, its the first time i ever had to deal with such a thing and i cannot reproduce the bug. probably something got wrong with the uploads.