Hey guys, @solstice273 and I have been working on a project that some of you may find interest in. Credit to this post: SCP weight gain Game? for somewhat inspiring us. So here’s the pitch: 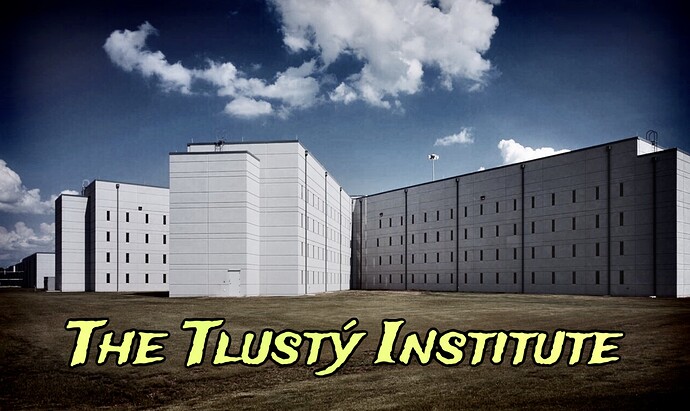 The Tlustý Institute is a fictional government facility located in the US dedicated to the capturing and containment of supernatural and/or paranormal expansion-related phenomena. The organization was founded by Dr. Jakob Tlustý, the researcher who first discovered the existence of such phenomena (side note: Tlustý is a Russian word and surname that translates to the word Fat in English). Some examples of phenomena that have grabbed the institute’s attention include:

So yeah, if you are into science/historical fiction, superheroes, fantasy, horror, myths & legends, cryptids, or media like X-Men, Men in Black, and The X-Files AND also have an interest in expansion/weight gain-themed role playing, storytelling, and erotica, this is the project for you. At some point, we would like to have a site or wiki that users could join and submit their own entries. If any of you are familiar with launching websites or website design, please speak up. I am currently working on typing out the rules that would be implemented should this ever become a thing.

Oh it’s not a game. It’s like an interactive worldbuilding project where people can submit their ideas and make articles/documents about them. It doesn’t have any relation to the SCP Foundation or any other existing fandoms. This will be its own thing

Great idea! I hope you will succeed in creating this. But i see some problems here.

-It sounds more like “tolstyy”, or “Tolstoy”, if it is surname.
-It’s oddly specific, that this facility works only with fat stuff. I feel like setting needs some justification for it.

And is it a problem if it sounds like Tolstoy? Lol

I mentioned his surname pronounsiation, because i assumed you would like to write it correctly in a title. If you like to just come up with new surname, it would be great too, but if you want to keep that reference to russian lenguege, you may want this surname recognisible by russian speakers.

Thanks for crediting me! But all I did was tag SCP-686, an scp that already existed hahaha
I didn’t do it myself lol

I thought of one possible reason for all of the subjects to be related to weight gain and similar subjects. Perhaps the facility is a subdivision of a larger organization that studies anomalous behavior. It would make sense to keep similar anomalies together, since a facility that only holds specific/similar kinds of anomalies would be able to be a lot more focused compared to a generalized facility that holds a more diverse variety of anomalies.

WGver SCP, creator name it P-O-I, mean Plump-Obese-Immobile, You can communicate with him, he already has some good POI project concepts on Twitter, and if you are lucky, you will be able to contain some of the POI.

Containment: Simple- Requires a special key to gain access to object. However current requests may have this procedure be upgraded.

Appearance: A standard treadmill built apparently built for obese people. At first glance it may look like a normal treadmill with the electronics and the normal mechanical parts, though the make and model does not match any current maker of this type of equipment. It was located in a [REDACTED] store room due to complaints from patrons of the business.

Behavior: The treadmill, when used as intended, will at first behave like any normal treadmill. However test subjects will soon develop a sort of an obsession while running on it, to continue to using it. Test subject will then begin to put on copious amounts of weight once psyche shift has occurred, continuing in the exercise believing they are getting thinner and stronger.

Attempts to speak to subject at this point will result in a basic response or none at all.

If allowed to stay on the treadmill they will put on a rate of 50 pounds per hour as their desire to continue running blinds them from noticing. At the three hour mark is when subject will realize the true purpose of the machine, as their bodies have put on enough weight to administer a clear sign of change, and will usually get off the machine without any lasting behavior change. The same is also displayed should the subject be removed from the treadmill anytime before the 3 hour mark (however any weight gain will still be applied, even fractions of it will be added). It is possible for subject to be place back onto the treadmill and will resume the same shift in behavior as before, however aspects of the process does change (see Addendum A).
However should one go in reverse on the treadmill (walking backwards as it is called) will experienced an opposite reaction. Instead of believing the treadmill is working, subject will think it is not working at all and will attempt to get off at any moment. Subjects have also noted significant pain spikes in their joints and muscles groups, despite monitors not reporting such signals in the areas of complaints. If subjects manages to stay on, every half hour will result in a 10 pound decrease in their weight. Due to the stress and risk of losing enough weight through this test, no test at this moment has been catalogue about healthy weighted people under going a similar test like Addendum A.

This was fun to write, not sure if anyone else has written anything like this. If so, sorry…

Oh ok cuz I checked and apparently that already is a last name. Results show for an ice hockey player named Jiří Tlustý

Whoops. I meant to link the original post haha

Hella, that kind of a game practically BEGGED to be created.
So much potential. Good luck!

Also, I like the naming of the institute. It’s fitting!

But this is czech last name, not russian word meaning “fat”.

But it is not important enough to argue about, i guess.

Oh my bad. I guess it’s Czech then

Even alone the concept of the keter cakes being applied in a purely fetish way would be great.

Remember, currently the document states the planet would be covered within 80 days of no containment.

Imagine playing someone responsible for managing the D class in charge of the eating of the cakes. You get daily reports on sports, dietary needs, weight changes… some days you get problems out of your control, power outages, hunger strikes among the d class…

Of course it would be fun to “accidentally” fail to contain them, but even with perfect containment, some serious personnel rotation is needed to keep containment.
That is, unless you manage to get approval for permanten installations for each cake. (blobs incoming)

And remember, that 80 day projection is from 1 single cake. There are more than 200 in containment, all needing to be eaten every single day. Sometimes cupcakes, sometimes whole wedding cakes.

Would be cool to be able to play well within a cake apocalypse too. manage a safezone, assign eaters… some day, suddenly the floor is cake. You wonder where there is even room left for cake. Then you feel a heavy sinking in your stomach. It is filled.

Great point with the Keter Cakes, that would be a fun scenario to work with for sure. I like the scenarios you suggested, not sure if you were implying this, but it came to mind that what if someone ate so much cake that maybe 10% is still undigested so after 24 hours some of the cakes start replicating within the subject’s body?

Love it! I like the rules behind how the wide treadmill works and how it affects the subjects. Describing someone running while gaining weight is an interesting challenge as well I feel. The fact that they can’t control it once they start running is a great add as well. Thank you! I wonder if maybe there are other exercise equipment etc. that could be treated in a similar way…

Containment: Tough- Located in a specialized steel safe with a thin glass casing surrounding the container. Specimen is inside a plastic case usually designed to hold contact lenses inside the safe.

Appearance: A set of eye glassware with green irises, set with normal parameters akin to normal eyeball glassware. There are noticeable small black structures inside each eyeball however attempts to study or observe these in action failed to yield anything. It was successfully acquired after a long siege in the Ukrainian town of [REDACTED], after the arrest of a gang leader who had been wearing both eyes.

Behavior: At first glance this set of eye glassware appears normal, and if one only wears on it will act as intended. However wearing both enables the wearer(s) to have the odd ability to change bodily functions of other humans, even granting the wearer(s) the ability to see normally (tests have concluded perfect 20/20 sight).
The manipulations of the body committed by the eyes is limited to by each eye requiring both to be able to use the full functions, however even if each eye is located in a different person the effect can still be seen if both persons use the eyes as accordingly.
How this is achieved is by closing one eye and using the other to first choose a target, which is done by observing at least one of the target’s own eyes. Once target has been chosen the wearer(s) can then chose the type of manipulation (by moving the open eye either up, left, or right) to choose the modification. Once that is done then using the closed eye they can then either increase the value, done by moving the eye clockwise, or decrease the value, done by counter clockwise. Depending on what was chosen the value of change can be different or modified based on who ever is rotating the closed eye (see Notes). For a target to be unselected the open eye must move downwards to release the target from the modification.
The eyes can do the following:

Currently there is nothing that can show how the modifications work or what forces they rely on to create them. It is also apparent that there is no limit to how much can be added or removed, meaning the possibility for one to use the eyes for criminal affairs is high (including murder). Therefore the eyes must never be removed from containment without significant protection and be under heavy scrutiny when in use, thankfully so far no tests have yet to result in tragedy.
Testing to see the eyes in action have so far been inconclusive as X-rays, MRI, and other extensive tests is unable to show the machinations while in use. The eyes can be removed, however the person will lose sight in that eye unless medical science is able to grant them sight with a new normal eye.

Came up with another one, I hope you enjoy it.