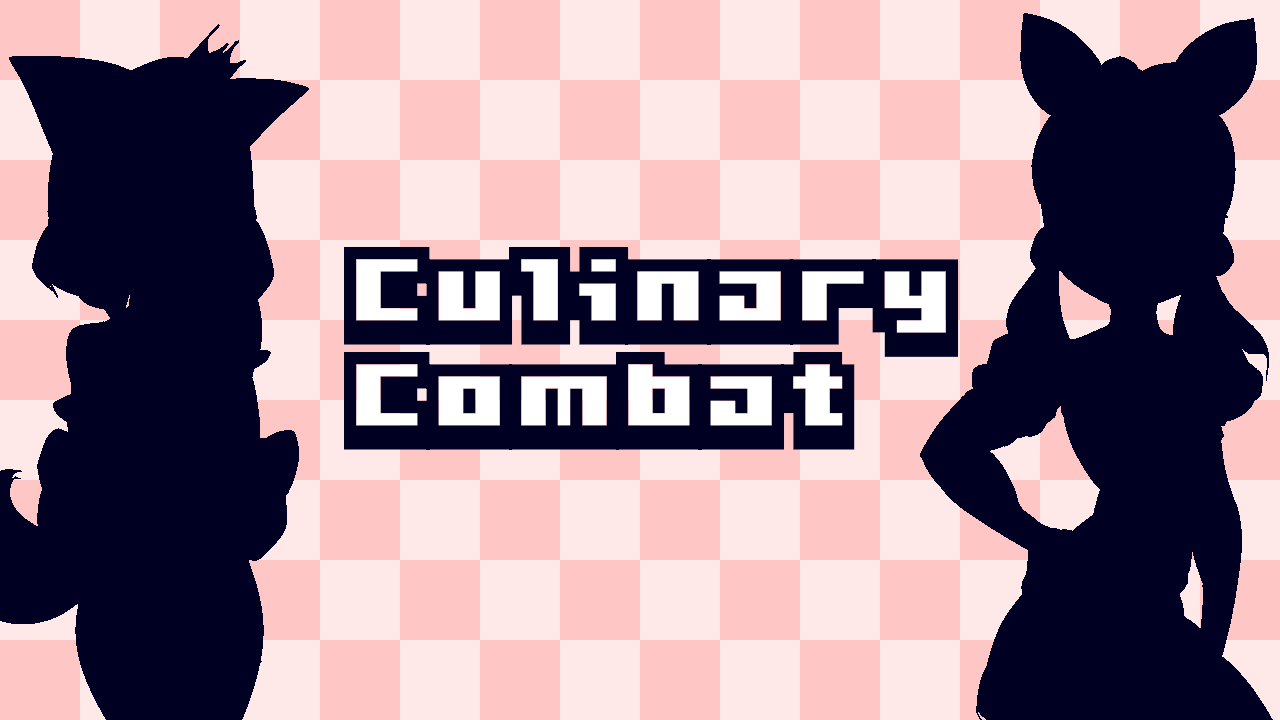 A short demo for a weird visual novel/rpg hybrid in which you are hired as the new chef for a group of royal kitsunes.

I barely get past 60% on Emilia despite using the 2 wines, is it possible to slow her down a little?

oh man, is it that rough? thanks for the feedback, i’ll see if slowing her down a bit makes it a bit more manageable.

Once the bar is around the middle I’m frantic solely trying to dodge the crosses ahah, that’d be great yes.

Are you able to pass her?

yeah, i made sure that i was able to beat the game without any items before uploading. i sorta figured that my practice from playtesting the game would help, but i didn’t really compensate enough, it seems.

i put it up now mostly so i could get some feedback on the balancing though, so this is perfect! thanks!

I thought the game was a lot of fun! The art was fantastic and the all the characters had a lot of personality. I thought the gameplay was fun, might be a tad difficult but I was able to beat the second character second try so still reasonable. I hope you have plans to continue the game after the Jam because it is the basis of a superb game.

One of my favourites! I adore your take on battle mechanics, and the art looks fantastic! I didn’t have much difficulty with the game (I guess Undertale experience haha), but I still had a lot of fun! Hope for a continuation!

Ah, diddn’t seem that hard to me lmao maybe i’m just play too many these kind of games.

to be fair, i did lower the difficulty a bit after hearing that it was so hard, but yeah, experience with rhythm games/bullet hells will give you an edge up here, without a doubt.

CozyLad does it again. You said this was a demo, is there gonna be more of this? because I really liked this one. My only suggestion is to lower the text box so it doesnt cover up the characters when they are stuffed.

Maybe this is because i play an instrument, and 100% crypt of the necrodancer, but i aced it.
Its real short, (Which makes sense given the point of the game jam) but i would love to see this expanded upon!

i’m not 100% certain on what’s gonna happen to this lil’ prototype of mine, but yeah, this was more or less meant to be a demo for a battle system that i can add onto later. different minigames, more ingredient types, etc. i really like working on this, so depending on the feedback i get, i’d absolutely be down to make more.

This game is really good, too bad I really suck at rhythm games. xD I can’t get from left to right fast enough.

Easily one of the best games of the jam!

OH HELL YEA i love me some rhythm games! this is so damn charming too! Thank you so much for this one man I really liked it! The art was fantastic as well keep it up! I wouldn’t mind seeing more of this culinary combat in the future if I’m being perfectly honest!!

your art as always is excellent, and the game is a perfection although it has a small defect (it is very short) the design the drawing the dialogues are very good.
I hope you can extend this game to something bigger

I had quite a bit of fun playing this game! Funnily enough I only hit an X once even though I have rarely ever played rythm games. Was shorter than I expected, but it’s still pretty nice, and the art is cute! Good work!

Nothing else happens, and the program doesn’t respond to any key presses or clicks; it just plays music and sits there doing nothing.

so when you press z, it just does nothing? huh, i’m not really sure why that would be happening. did you extract everything in the .zip to the same folder?