Okay, so I’m not super awesome at programming, and I can’t draw. I can write okay though, and this contest was a good chance to put a game together.

It’s my first game. It’s not super complex and pretty linear for the most part, but there is a plot, fetish-driven as it is, with sex and fats.

So, I present to you Cumm Labs Inc!

"With the power of science, Cumm Labs Inc has decided to explore one of the world’s more niche kinks: Sex and Weight Gain. What if you could pair the two together, quite literally? Here at Cumm Labs, we’ve decided to find ways to make that happen!

What could possibly go wrong?"

This game contains the following:

There’s also an option to relive (or rather, read the full text again) for the scenes in the game in the first two scene rooms/related to them. On the next demo release, I simplified it to a player item, though.

Like before this is only a demo, with the first 2 of 6 scenes planned, and more plot to be introduced as the story continues.

I am open to feedback and criticism! Have fun!

And some other small edits.

I have some things planned for this game, too:

Hey, I loved this game and look forward to more. That being said the “Fondle” command doesn’t actually seem to work.

Double edit: Entering Cara’s office I can see “Cara 1” and “Cara 2”. Searching the desk multiple times gets me the key, but I’m trapped in there. Trying to exit tells me I need to search the desk. Searching the desk does nothing. Also the “look self” command just returns “looking good”.

Demo is fixed! Apparently, I fixed “fondle self” on the version I’m working on and not the demo file, oops!

And uh…you weren’t supposed to be able to go upstairs quite yet. lol

Since some of you like this under-developed game, I made a discord. I don’t have anything to make it special, but you’re welcome to join.

Check out the Sir Kata's Games & Stories community on Discord - hang out with 51 other members and enjoy free voice and text chat. 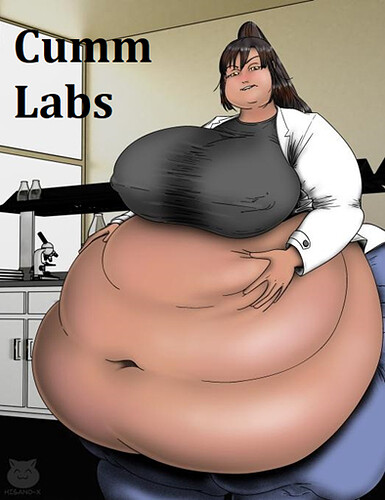 The game has been updated at the link in the OP. Check it out!

Just a heads up, I’ve found a few bugs:

After going up the stairs, there north door is locked and there’s no way to go back down the stairs. Is that the end of the current progress?

Make sure sure you head east to the Upstairs Restroom, there’s the last bonus scene. After that, yes, it’s the end. Trying the north exit twice will end the game.

Ah, damn, sorry about that. Fixed!

When I went upstairs, I went east but nothing happened.

Hey, Hugh, sorry for taking so long to get back to you.

I made a couple minor adjustments, but you should be able to continue. When you go east, the Upstairs Bathroom for the 2nd Bonus Scene is to the south. Both the map and the direction buttons in Quest (and the website if you play it there) should both give you the option to move that direction.

I hope this helps!

Found a bug on my own, breaking the ability to go north after checking on Lisa in the Lab. That has been fixed.

Fixed the link, apparently it’s been outdated for months.

Did you always need an account to play 18+ text adventures?

Well spit, I tried to make an account and put in a valid DOB, but it never updates, so I can never play the dang game.
Is that normal?

Give it a day. It’s really damn slow.

Did you always need an account to play 18+ text adventures?

Yeah. Previous links were unpublished and, as a result, not age-gated like this one is. Sorry about that.

Well spit, I tried to make an account and put in a valid DOB, but it never updates, so I can never play the dang game.
Is that normal?

Yeah, like Parnash said, you may need to give it a day or so. Feel free to clear your cookies, though, it might make all the difference.

Did for me, the first time around.

) resuming writing on this game (along side finishing up Comfy Companion, whatever I have left). Around that time, about every other month, I’m going to start commissioning art to imbed into the game. The other artist I was commissioning for this, @hisano-x, had to back out due to priority changes on his end. But that’s okay! We still love him, he’s amazing! Life happens!

Anyway, I’ll post an ad with a lot more details around that time, but heads up for anyone who may be interested!

In the meantime, I have a Patreon up for the sole purpose of helping me commission artwork for both my stories and any game projects I’m working on. Anything helps, as I use every penny for said commissions, cycling it back into the weight gain and expansion community. More money means either more artwork or higher quality, or even both!

Become a patron of Sir Kata today: Get access to exclusive content and experiences on the world’s largest membership platform for artists and creators.

If you wanna support Hisano, please feel free to follow him on DA:

Check out Hisano-x's art on DeviantArt. Browse the user profile and get inspired.

He’s an awesome fella, and I’m happy to call him a friend.