Growing With The Crowd!

Game Link: Growing With The Crowd! by bweem

More people will gather into your audience as you grow larger. Your tips will also increase with your size. You only receive tips when you’re in the Town Square. Because people in your audience want to see you fatter, working at your job will cause you to lose audience members as your weight will also go down. The expensive foods are more fattening than the cheaper foods. It’s more efficient to buy one unit of the next type of food than x of the previous one for the same price. Your goal should be to reach the incredible weight of 20,000 lbs, the highest weight that I’ve drawn in the game!

Tip: Instead of mixing working and presenting yourself on stage, try working until you have a small stockpile of money, and then splurge on food to eat it all at once.

Though unlikely, donations via Itchio are very much appreciated!
If anyone’s wondering what I made this game in, I made it from scratch using JavaScript.

If anybody has any feedback, bugs, or comments, I’d be happy to read them!

This is actually a nice game. Glad I came across it.

It’s a neat mechanic, but very grindy at the start—maybe increase the wages? Unionize?

Also, I know the art’s probably finished for good, but I notice you’re making her hips impossibly wide instead of having her legs spread apart or simply obscured. I’m no artist, but I would recommend keeping the skeleton in mind, and keeping track of where and how far limbs can go.

Yeah, Way way way too grindy. The audience tips seem to take ages to come in, and the job isn’t worth the pay for the weight cost.

I will say while it took me a while to get a decent amount of cash flowing in, if you consume 10 pears and cakes, with five marshmallow jars and one ice cream bucket you can get close to a point where the cash is alright, then use that money to then buy either marshmallow or ice cream until you are 1500+, then you will start to see $40+ tips of which you can push to 2500 pounds with maybe one ice cream bucket tube things (which has a ton of added poundage).

An alright game, though body proportion wise is a bit weird for me. Otherwise a nice to game to pass the time.

Overall a bit grind-y but not a bad idea for the game. I just farmed work until i got $2000 and bought a tube and just sat and let the donations come in. Not a bad game just tedious.

edit: apparently people like spending their life savings on some obese fatty. Getting up to one million pounds has some crazy effects on the game haha

Idea is desent, but execution is subpar. And im not talking about art - you probably knew that already, if anything, i give you props for making some sprites, instead of making it text-based. First of all - to much grind, is feels like actual job to get to the comfortable level of audience. Play C’est de la tarte and take notes on how to balance that sort of thing. Second - time mechanic is useless, its might as well be morning-not morning and it probably should have, because as of right now, i need to press “wait” button three-four times to many

Thank you all for your feedback! I’ve taken most of it into account, and the newest version is now live!
I believe, if you have a preexisting save, the missing data from the new update should be filled in automatically. 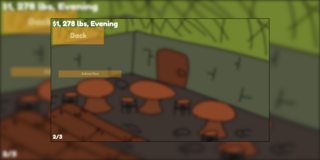 Changes:
A job minigame has been added to prevent you from spamming the work button until you garner a large amount of money
A relatively large cap on the amount of money you can make from your job has been added (This won’t affect much, because stimulating the economy by buying things from the shop will allow you to earn more from your job.)
Time changes are now gradual and smoother
You can now work at any time of day
Sounds in the town square now grow louder as your audience grows
Audience now also gathers gradually with time based on your weight (Previously the audience would only grow when you ate food)
Audience more willing to leave tips
Converted audio files to OGG so they can load faster
Tweaked balancing to make game less grindy
Added exercise option in town
Time display changed to show relevant information
Cleaned up UI in Town Square
Fixed reset option in the main menu
along with some more things I probably forget to mention

do you think about add a clothes store?

Try waiting a bit for all of the data to load. If that doesn’t work, hit Ctrl+Shift+I and open Console so you can send over any errors.

only cold music is played

Ah, you should be able to fix this by allowing “third-party cookies and site data”
Here’s how you do it in chromium: 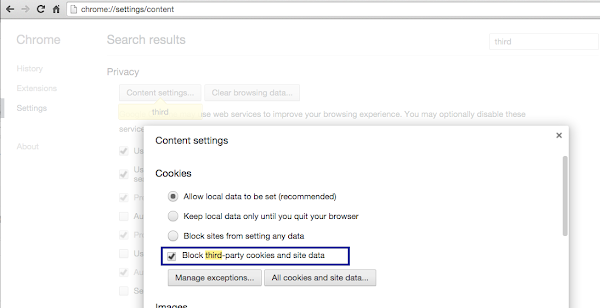 Uncaught SecurityError: Failed to read the 'localStorage' property from...

As for other browsers, perhaps try googling how to enable this property for that specific browser, or google the error message itself.

will there be art of larger sizes?

There’s an error where clicking Wait does nothing.

It should be more gradual than it was before. If that’s not what it is, try sending the errors over. (Open inspector using Ctrl+Shift+I and click on Console.) If there’s nothing in Console, it’s likely working as intended.
If your time does not change at all ever, whether or not you click the Wait button, be sure to let me know, because then I’d know the problem.

For me, the time progresses normally. Until it reaches Evening, where it’s now permanently stuck at evening and the wait button doesn’t change it