NEW VERSION UPDATES
After community voting has ended I’ll be releasing a new version that will hopefully address some of the issues people have reported. Going to list the changes here: 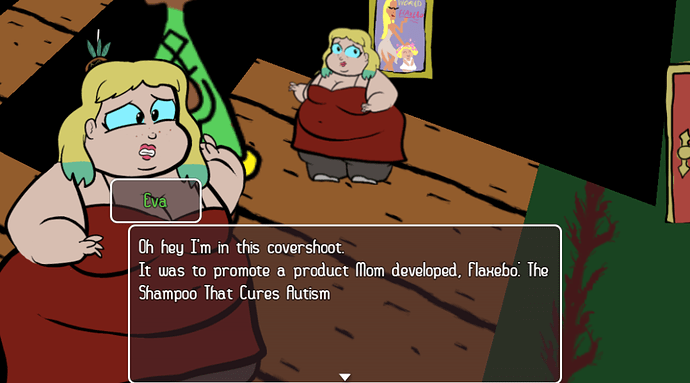 Hunger is an RPG/Survival Horror hybrid that makes use of TheGreenKel’s Dragonbones plug-in for character animation and bblizzards Ultramode7 plug-in for a 2.5D look.
You play as Eva, a young heiress who’s just trying to survive thanksgiving dinner (because she is being chased by a wendigo)

Gets a lil’ dark and edgelordy at times so TW for gore, cannibalism, force-feeding, suicide references, stress-inducing gameplay moments and general gallows humour

@grotlover2 You are the one reinging here. Can I ask you something? Does this submission has the same problem as FA_Gamer’s? (I mean, technically is not the same sub-category).

yes @anon97461494 but we are just going to move these mistakes since it was probably the last minute jitters that prevented them from selecting the correct category.

OK then. I will not doubt it.

the game bricks when you try to load a save
TypeError
this._pannerNode.setPosition is not a function
To quote it. Other than that, great game. couldn’t complete it, but i enjoyed what i played. wasn’t expecting thanksgiving x until dawn.

Too scary for my blood ;w; But very well made for the time frame given!

This was certainly interesting, I’d try playing again to see the other endings, though I don’t know if they’d really be pleasant to watch given the context… So, has anyone seen these other two endings?

So I think I may have soft locked myself or something…
I’ve gone through the desk and the Larder and went through everything upstairs, out of frustration I ended up killing both of the flying heads but I really can’t think of what to do now…

Haaaave you used the cell phone?

One of my 2 favorite game, not for the fetish fa(t)ctor, but more for the atmosphere.

The game Is fun to go trough, and i would propose this game to people from outside our little community.
(i can still give them a warning about why the game exist in the first place)

This gets one of my community vote!

When i launched this, i sure as hell wasn’t expecting an until dawn thanksgiving. Which since this is a Weight Gain Game, i would have preferred if that got the spotlight (especially since rayna didn’t get any gains from the two endings i got (Rayna in the bulldozer and Eva immobile and Rayna headbat ) but when looking at it with non weight gain eyes, it is a good horror game, sound design is on point especially. But as a wg game, it is intensely lacking (as you pointed out in the description).

IMO i think the game would have done better as a wg version of Stephen Kings Misery, the set up seemed perfect for that, the guards making sure you don’t/can’t leave, the mother complaining about the daughter running away all the time, The native american stuff symbolizing that she gives off the illusion of caring but deep down she is selfish, etc. But that’s just my opinion on the matter, whether you take it is up to you, either way i would love to see more games (with more wg preferably) from you in future.

Yeah, I feel you on this. I definitely got swept up by the non-fetishy inspirations.

Now I’m not sure if it would make the game better to add a bunch more stuffing and gaining, or to tone down that aspect a smidge and let the game just be a normie spook 'em up 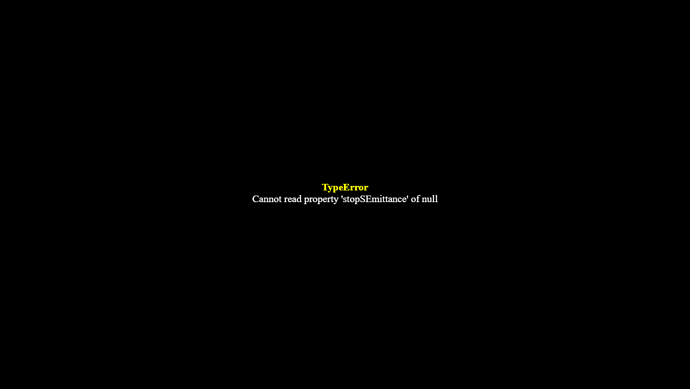 This is the loading bug right?
I don’t have a clue what’s gone wrong there. ‘Emitter’ makes it sound like it has something to do with the positional sound plugin I used but why that’s breaking saving/loading I don’t know

EDIT: I’ve switched over to a different plugin to achieve the same effect so this will be fixed in later versions!

I see… that explained alots

A very interesting game with a good little twist in there. Had some of the better animations and loved the graphics. The story and writing was also very interesting. Unfortunately, in the end though it is still just a standard JRPG and nothing interesting was really done with its mechanics. Also, while the main character is fat, not much was done with the fetish.

Certainly an interesting concept, and well executed from a programming side of things with the faux 3D, good art assets and animation, etc. Not really the biggest fan of political humor, but appreciated the effort that went into the dialog. Also appreciate the different take on holiday game. However I feel like more could have been done to utilize the fetish elements in a more appealing way, and I think that’s where the game lost me the most, which is a shame because this is probably one of the more well put together games on the list.

Had a few bugs. Kept getting stuck when i would sedate the wendigo, and then i couldn’t fight her when i got the the end. I know when we chose the theme, i hadn’t really considered Halloween as a choice but it makes perfect sense and you fit the theme really well