Hey, one last update/reply for now, and this time it’s a poll for everyone!
I’ve personally received many comments asking for more gas/slob aspects. While I’m personally into it as a form of public humiliation/showing how full someone is, I’m aware that not everyone is into it.

This poll will affect mostly bad endings and small scenes, there will not be any slob in the main game (…yet), so choose accordingly!

Thank you for your co-operation, I’ll close the poll in about two months.

Also everyone that voted before, please vote again I made a typo and it reset the poll lmao

I’m glad to see one of my old sprites used in this great game (the bad end Carol sprite).
I love this game. ( I am kalinked ). 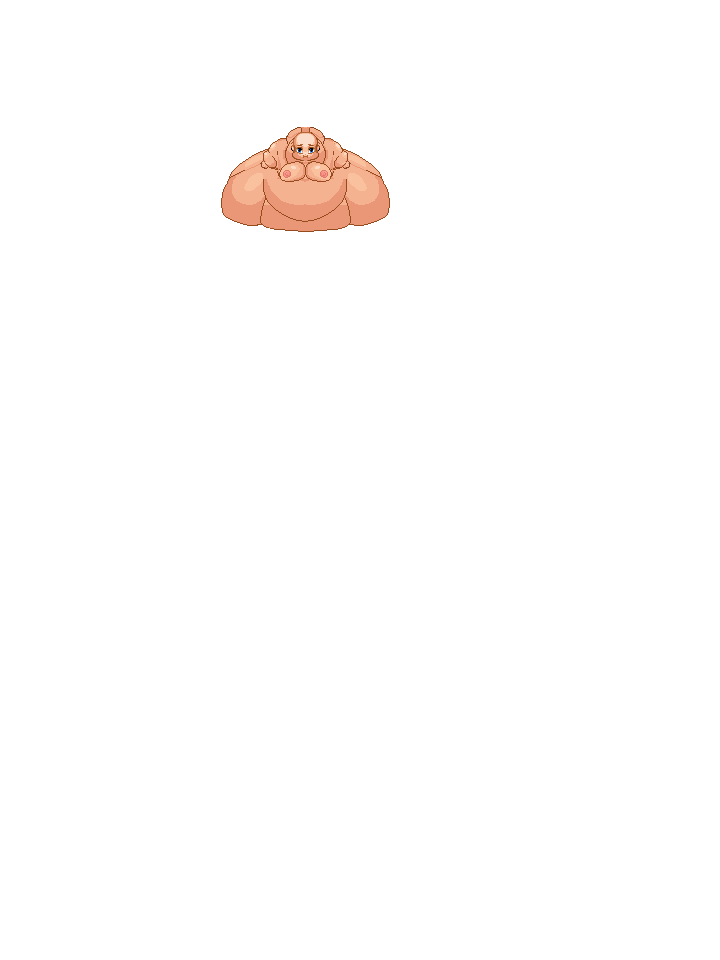 Thank you very much! We’ll put this to great use.

Why not have an option to toggle extra gas off? I find a poll unnecessary when you can just do that and please both sides. Have it be an item and ask at the beginning of the game. You can do it with other fetishes and more divisive elements of the game when needed.
RPG Maker is easily customizable in this regard, which is great.

The poll is necessary because I wanted to ask the community surrounding the game about it. They are just as involved as the devs are.

And a lot of people already have save files in the game, and I’m not going to make them restart just to turn off one fetish.

The short public humiliation bits you’ve written so far are great. The main one that comes to mind would be Marianne during the town feast. Slob and gas would be fun additions, as long as the slob doesn’t get too gross. Even more so if its able to be toggled. 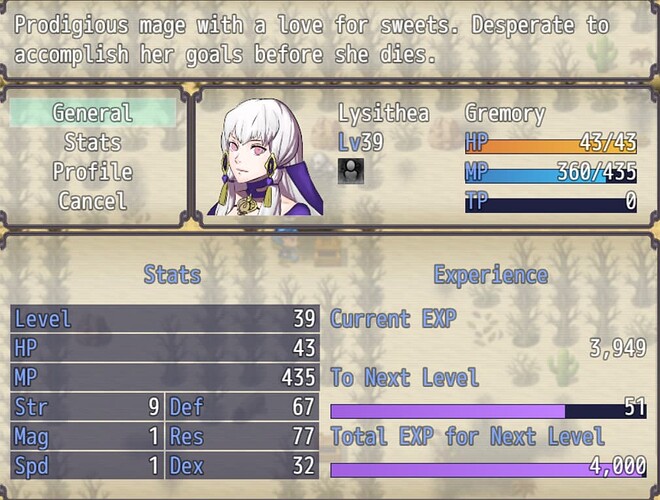 I’m not sure.
That was a bug in earlier builds that I though we had fixed. Where are you in the game?

I don’t really remember where I left off, but it already was after defeating Carol, and then when I saw that this game got an “update” or a rework I guess, I tried to continue where I left off, but instead it sent me immediately to the… prologue I think was the name of the chapter, with Marianne, and I kind of continued from there, after clearing that and moving on with Lysithea and Hilda now, I noticed that I didn’t get to repair the sacred relic and I had 1 umbral steel, and then it disappeared.
But now I’m starting a new game, hopefully it doesn’t break, so far Lysithea hasn’t lost Magic yet.

Unfortunately, playtesting is a very difficult process for this game in particular.
It’s already very long game even though we’re still just at the beginning.

There is a terribly weird issue with some stuff using old save files, and a BUNCH of weird stuff that basically just causes so much trouble. There’s a good chance we’ll need to complete every planned skill for every playable character in the game way before hand, including balance testing, animations, etc. just to make sure that the skill works and doesn’t cause save file issues.

We could just completely make the skills in game way simpler, but I feel that would take away both from the gameplay and part of what makes this game stand out from all the other games on the forum, it’s very gameplay focused, to the point that trying to brute force will result in a lot of frustration.

We will be looking for a solution, but please DM me to keep me posted with your issues.

Currently, I’m asking a question about the Dampened Depths (slime cave) on the LSE:R gameplay thread. This will concern future balancing of it and reworking of it to make it more accessible, while still being challenging.

Please head over there to make your voice more readily heard:

I’m going to ask this question here as I feel this would be more appropriate in this thread. Let’s be honest, the cave, while on some levels like getting people to think of the game less of an interactive fetish experience and more like an actual game and even drawing IRL maps, which tickles me absolutely pink, is still a broken mess that, while meant to be challenging, was never meant to be as difficult as it is. So what things would you suggest we do or add to help make it more manageable? P…

Thank you for your co-operation.

Hello everyone. A bit of bad news.

We are currently lacking a sprite artist. I’m looking at finding another one, but this will definitely delay our progress. We are still working on all the maps and Leonie’s paralogue, but I felt this was an important thing to bring up.

I would also like to remind everyone that we are listening to all your compliant regarding the slime cave in the Gameplay thread.
Please, PLEASE leave your thoughts there so we can improve the cave.

Is there a way to edit the omnipotent guards out of the ship or what program can be used tochange that section to be easyer to pass through?

Not sure what you mean by omnipotent, they have zero peripheral vision. As long as they’re not turned towards you while you’re directly next to them you’re fine. You can sprint too, as they’re not sensitive to movement speed.

They aren’t omnipotent. They’ll catch you if you’re in their line of sight.

It’s been roughly a month now.
Outside of still needing artists, progress has been going well.

There will be plenty more NPCs to talk to and towns to visit soon, along with new side quests, gameplay, party skills, etc. There will also be accessories to increase the movement speed of obese characters to help movement.

And for all you just here for fat girls, here’s a look at our new obese sprites 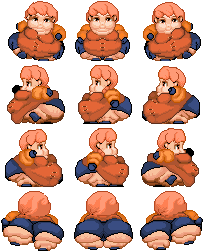 There will be two different versions of sprites for fat and obese characters, one with fitting clothes and one with clothes that are way too small for them.

As for the poll: We will be adding an item to make slob and gas optional. It will be quite the undertaking, but it should indeed be possible.

A friendly reminder, we are still take criticisms and suggestions for the cave area in the gameplay thread. Please leave comments there to help improve the experience.

that great and wish you the best of luck on this. i played this game many times and injoyed it can’t wait for what comes next.

The smallest of progress updates are always appreciated. You’ve made a great game so far that I feel stays pretty close to the original characters, which enhances the immersion a lot. Keep up the good work.