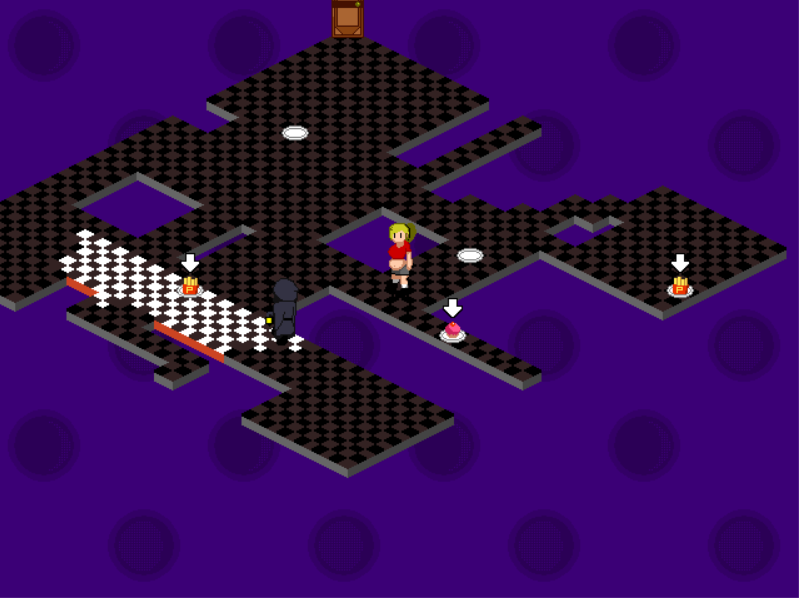 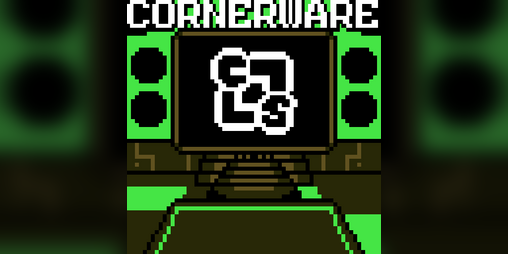 I’m back! It’s a real production this time. I’ve taken feedback from the old versions and tried to put out the best game possible; I intend for this to be the definitive version (hence the new topic). If you want to know about cheats or the hidden ending, I’ll probably drop some details within a few days. Feel free to PM me if you’re interested in the source code. Enjoy!

Ooh, this has quite the potential to be a good stealth game. Though, in my opinion, there are still some issues that need tweaking in the game.

Overall, even with these gripes of mine, I do love this new game. Keep up the good work.

Either I need to get gud, or this game is overall very challenging. I find myself fighting the controls as keyboard inputs aren’t able to be held (ie. going down but tapping left to go left one square before continuing down doesn’t do that, even if you hold down you either stop or continue going left.) on top of the OP guards that will snipe you basically no matter what from round 3 onwards.

I want to enjoy this game as the premise is a fun, simple maze-like platformer, but I continually find myself raging over RNG of the guards or the ability to move my character. The base is amazing and I really wish there was a revised version to make it not so tedious, but the frustration of everything I talked about really puts me off from even trying to continue the game.

Would it be possible to scale the window? It’s kind of small right now, especially on bigger screens.

I really want to like this, I really do, but the random element of the game makes it the most frustrating thing I’ve ever played on this site.

The problem here is that due to the random layouts, and random movement of the enemies, I rarely ever feel like being caught was my fault. Enemies will often randomly camp out pieces of food, and luring them over is a MASSIVE gamble because of how difficult it is to escape an enemy once spotted. Certain map layouts make it absolutely impossible to escape even in the first level, and this gets more and more problematic as the game goes on.

In my mind, you could do a couple of things:

I figure you might be partial to the randomization idea, but sometimes in game development you have to drop an idea that just doesn’t work. I think if the game had a more active and fair stealth system (being able to incapacitate guards would help, as well has making easier to traverse maps) you could make it work, but as it is, this is just a frustrating nightmare that I never want to play again. I’ll check in whenever you make an update because I do think WG stealth is a really good idea (might make one myself at some point, I have ideas), but I just can’t keep playing this one.

This game feels decent at best to me. The idea and concepts are good, and the art is great, but I feel like the gameplay and execution bring it down. I know this has been said before by other users, but the game is just too difficult, and not in a way that feels fun or rewarding. Here’s some examples:

Btw I really want to know what the cheat codes are, and also how exactly I enter them, because I’m hoping that will better my experience of the game, because it’s just frustrating in its current state.

the guards are very annoying, sometimes they start camping the food or the door, and in very closed places they get stuck and do not leave, and because their movements are random they sometimes turn to you right when you are passing by

I am very angry after this game.

a big problem is that there are no vents on a lot of levels and the vents aren’t that useful. I think they can only spawn in perfect squares so they aren’t much of an shortcut. if they could (or would more often if they can) spawn like I drew here that would be helpful 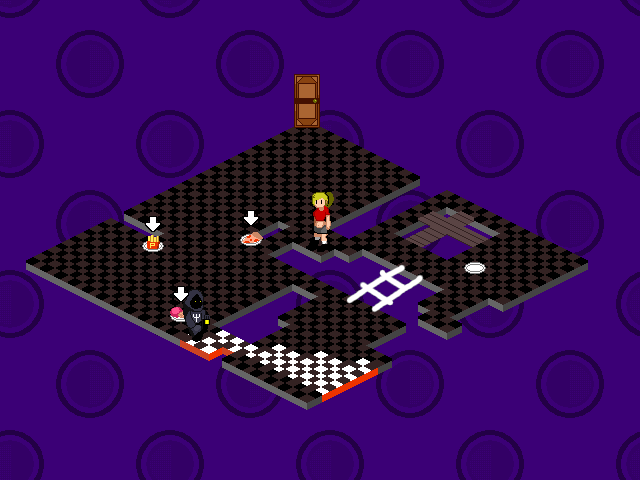 Oh yeah, the complete randomization screwed me over on level 1 during one run. Was spotted near immediately with few to no means of escaping. Not to mention that damn line of sight cone is freakishly large even before they go berserk, which is when it expands to ludicrous levels.

I would definitely cut out one layer of randomization (Probably the level design, since random enemy paths are far easier to manage if there’s built in routes to and from food that make it a matter of knowing which path to take and adapting those paths on the fly if there’s an enemy there), and if that’s not enough reduce the sight cones.

Also, I tried out stomping, but the way the buttons are laid out screwed me over when it came to my exit. Seriously, does anyone else feel the control mapping feel off, even considering the isometric view?

Thanks for the feedback, everyone. Here’s couple of cheats that can help:
TUNNELVISION - guards only see in straight lines
TIGHTFIT - map generator removes open spaces

How and where do I enter them?

Put them in cheats.txt before you start the game. If you’re using more than one, add line breaks in between.

I managed to beat the game with some help from the cheats, so out of curiosity, how exactly do you get this ‘hidden’ ending?

You have to win with no cheats and without ever being spotted.

Just for fun, I’ll reveal the rest of the cheats if anyone does it and posts a screenshot.

I’m glad to see this game back in action Friend.

It dosen’t allow me to open the rar as an archive and I don’t know why.

Here’s a link to download the entire game folder:

If you right-click the main folder on the left, you can select “Standard Download”. You may have to sort the files into the appropriate directories after downloading them, so it’s best to prepare the folders beforehand. It will take longer, but you shouldn’t have to extract it that way. Let me know if you have any more trouble.

It has worked thanks for your help.

Not gonna lie, my dumbass read this as Panty Raid.