E-Roguelike: A weight gain and inflation roguelike in progress. 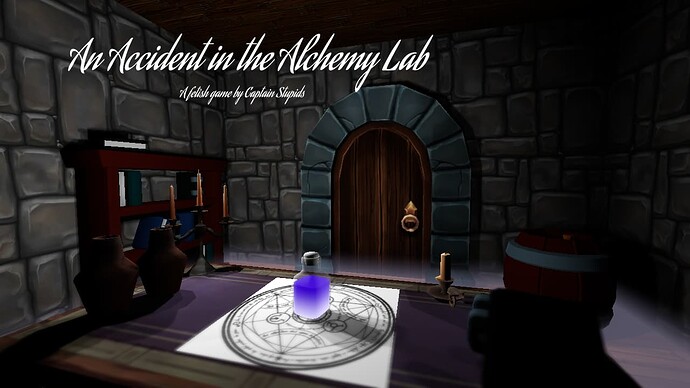 [Author’s Note: Look at the updates on the bottom of this entry for the latest links or look at the new itch page: https://captainstupids.itch.io/accident-in-the-alchemy-lab ]

New build: 14.67 MB file on MEGA NEW/DONE: Add a command ‘give’ to offer stuff to people. New command to ‘stuff’ or ‘feed’ other actors. Right now there’s nobody on which to use it, but the new character, the Kamakupcake (cupcake) will feed itself to you if it sees you. Inventory. Can ‘take’ or ‘pickup’ to be able to give. Can ‘give’, ‘drop’, and soon, ‘discard’. TODO: Clothing, so you’re not wandering around naked. Would be nice if clothing would rip and pop and such. Much more detail …

Status update. Not too much done this week because I’ve been so busy with other work. Looking at the ‘todo’ list, there are things I’d like to change. (Low Priority) Clothing, so you’re not wandering around naked. Would be nice if clothing would rip and pop and such. (Medium Priority*) Much more detail in the language generation, especially the body description. (Medium Priority) Lots of body-specific tuning. Right now, after eating too much it’s easy to be full for days. (Low Priority) When…

A new playable build! 0.9.0! Mega Link: https://mega.nz/file/rVhjHKKA#cVSt-ZCQCrjRo7JpJTMZCjuE2vp7xFh0Kt2S7h4T2Nw Itch.io Link: Accident in the Alchemy Lab by captainstupids Controls: WASD to move and mouse to look. Or click the mouse to move in the direction the camera is pointing if you need to do things one handed for some reason. This one is complete, but not done. It has a start and an end and a menu. There are still things it needs. Known Bugs: Bug fixes for the camera are forth…

Update 0.9.0:
This game is now available from itch.io in addition to Mega: Accident in the Alchemy Lab by captainstupids

Update 0.10.0: I guess I should keep these updates in the same format as the release numbers.
See the latest update details here: E-Roguelike: A weight gain and inflation roguelike in progress. - #69 by captainstupids

Status Update (no release): E-Roguelike: A weight gain and inflation roguelike in progress. - #81 by captainstupids

Take a look at how much it has changed since v0:

I’ve been working on a weight-gain roguelike for a while, mostly prototyping and hacking away at things and experimenting with systems. I finally found things in a state where I’m happy enough with them to show something to the public. 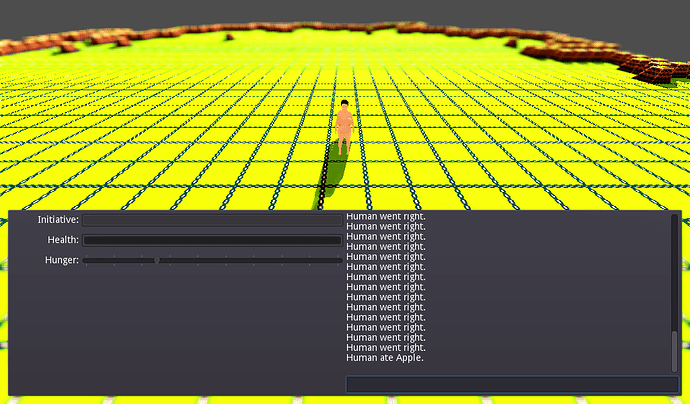 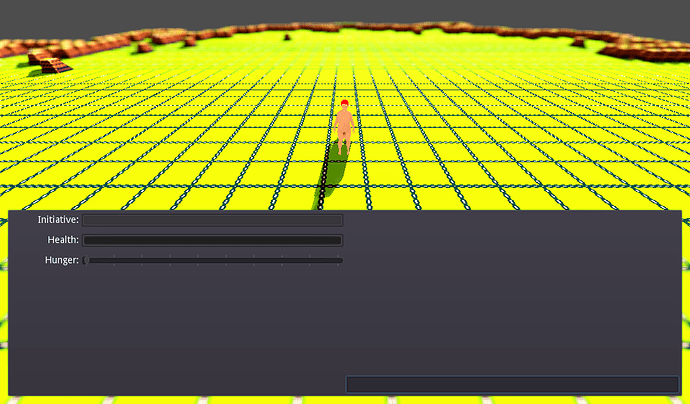 The current plan is to have both male and female inflation and weight gain available. Both are in the current build but there are no items or creatures that will inflate the player, so the only option is weight gain.

The motivations are TrapQuest, Tainted Elysium, and that furry WG game from a while back. I wanted to try and pare down the transformation and furry content and add in some more roguelike elements, particularly on the proc-gen and emergent behavior side.

The input is keyboard only and 100% driven by /command type inputs, but there are some handy default bindings, W, A, S, and D for movement. You can rebind these with “/quickbind h move left” and stuff like that. Or try /help.
Latest build:

I’m only working on this in my limited spare time and, as is always the case, this might end up in the graveyard, but it seemed like it was worth offering.

Very cool looking game! But how do we gain weight? There doesn’t seem to be any food around.

Definitely gonna keep this idea on the radar, looks promising!

Having a hard time seeing if your character gains weight

call me dumb but what do you mean by pare down? guess you mean reduce?

This looks like it has potential. Honestly, when I first saw the grid, my mind went to a turn-based management game, similar to Monopoly or Billion Road. Anyway, good luck with making this!

Just thinking out loud. Phrasing all of these as action words to implement might help speed along development.

There’s also a think where when more than one donut spawns, the new ones get funky names. That’s probably going to happen with anything else that appears, so I’ll have to think of a better way to handle names. I’d also like to get some better language support. How do people feel about the third person “Player eats” versus the second person, “You eat”? I really like the second person, but it might be hard to do since humans and all other things in the land use the same command setup.

2nd person is definitely preferred for me!

One thing I’m giving more thought to is the visuals. The whole thing was mostly meant to be driven by language and interaction, but I find myself picturing at least some more graphical aspects at times.

Moving around will (should) change the direction your player is facing. I’m working on a little camera movement now but I’m getting a nasty jittery bug with the camera. Just have to throw more time at it.

Another bug: I just realized I’m not capping fullness or constraining the body’s morphs to the fullness, so you can get some pretty ridiculous results from eating.

No matter what position I put in the /spawn command, whatever I spawn appears far off to the northwest, beyond the map.

You can use ‘/help’ to get the full list, but I should copy/paste it somewhere. Good idea.

Weird. Can you copy/paste the exact command here?

Oh ha ha ha I left out the word “position”