This website has quite a few RPG’s listed, but my main problem with many of them is that the characters might gain a little weight, or might get super bloated for a little while, but other than that they either only gain that little bit of weight (even if they eat like 30k thousand calories worth of junk) or they go back to normal size after a night’s sleep. I am looking for an RPG game where the main character you play as will gain weight progressively as you play, and I haven’t found any like that yet. (I would prefer it to be dependent on how much the player decides to make the character eat instead of just eating and gaining weight on a linear course throughout the story but it’s not a deal breaker) Are there any RPG’s anyone knows of that are like this?

If you don’t mind rpgmaker games there’s also Project F.A.T by NickSav. There’s a lot of weight gain in it (also a lot of vore, fair warning if you don’t like that). Just keep in mind it’s still a w.i.p.

Here’s a few off the top of my head.

Both of these versions the MC can get very large and are tied to player choices to make the MC gain weight. It also has some great art for the other females in game that can also gain.

I too would like a progressive “permanent” wg in an rpg. Even a lot of RPGmaker games in this community have it as a power up or temp “punishment”

I’ve always wondered that. It’s a community about WG games, but many of the RPG games don’t really let you indulge in actual WG outside of a punishment, power up, or a “bad ending”

I think that’s likely due to the cliques of wg rpgs. Generally it’s a story based game with the trappings of leveling up and growing stronger. It’s very easy to use weight as a bad end punishment for failing fights or use it for progress towards going stronger. You have more luck with that sort of thing when looking outside of the rpg genre in my opinion. Also having it be tied to the player character narrows your opinions within what you are looking for.

It doesn’t neccisarily have to be that but it would be appreciated.

Yeah, it’s really hard to find games where you won’t get punished for getting your desired kink into action. Or when your desired kink DOES exist, but doesn’t get as much persistence or attention throughout the rest of the gameplay (Be it, like someone else said, a Powerup or temporary punishment).

I do recall playing some past games containing RPG maker that have persistent weight gain, but I don’t play most RPG maker games, so I can’t say as much I’m afraid. 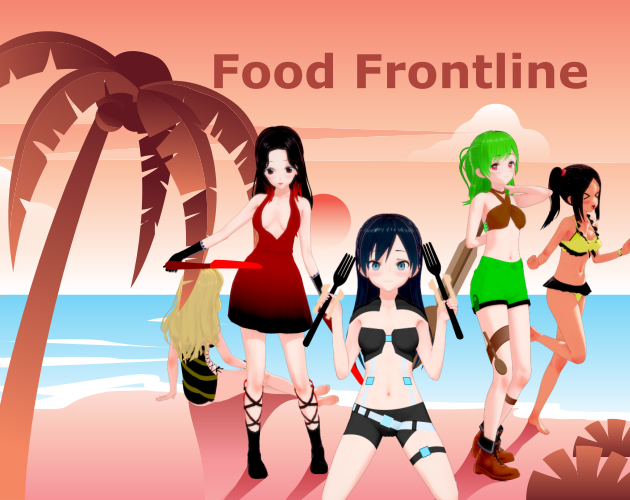 Gather cute girls and throw them at an endless legion of food!

I am looking for an RPG game where the main character you play as will gain weight progressively as you play, and I haven’t found any like that yet.

By RPG do you mean “in the style of RPG maker/JRPG” or just any role-playing game?

I certainly can echo a lot of the statements listed here, especially the sheer number of games that use weight gain as a detriment and immobility as a loss condition. The only way to get to the content I like is to lose? That doesn’t seem right.

Olive And The Ruby Bra by frequenf has a female mc with weight gain I think this one is tied to story but I remember the MC gaining fast within the start of the story and can get large.

the one game i can think of thats not mentioned here is fatties eating fatties. be warned however, as it has just as much vore as it does WG.

My game, Heroes on a Budget, pretty much does what you’re looking for. It’s an RPG where weight gain is permanent, and is being made with zero weight gain runs being possible in mind (which means the characters will be able to get as fat or stay as thin as you like/need). The party members are all tracked separately, and the game has events that take that into account. It’s not really in a playable state just yet, but chapter 1 should be done before spring is over (barring anything coming up on my end).

Also, while getting too fat does come with a detriment, weight gain in my game is more of a trade off. The fatter you get, the lower your agility and fire resistance gets, but in turn you get increased defense and ice resistance.

You sir, are great with your concepts.