I’m not the first person to find this game, but I figure it’s worthy of a thread. 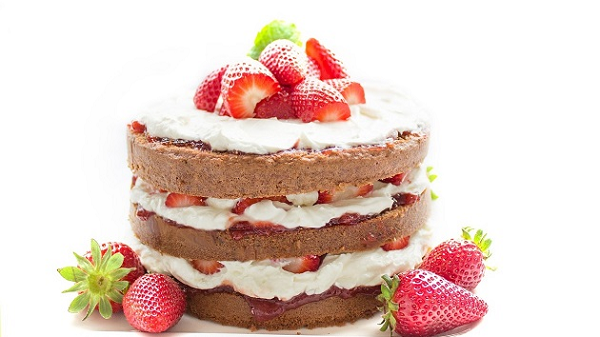 A Piece of Cake! C'est de la tarte ! by parvinjaan

It’s a renpy text game in French, with a planned English translation after completion. However, I did find a method to do a machine translation of most of it. I’m waiting for a reply from the dev to post it, but it looks very simple to finish off. Sadly I have no free time to do so right now, so someone here’ll have to take on that task… preferably someone bilingual in French (stares at Canada).

Their last update on the site if 3 months ago, so they might no longer be actively developing. However, I’m not going to post the script file (or the ~70% complete translation files) without permission unless it’s reasonable to expect they’re not going to complete the game. Which would mean being inactive for a lot longer than 3 months.

Why?
A) reverse-engineering to do this makes me feel dirty
B) script files in renpy games contain almost all the game’s content and releasing it without permission would break forum rules

One of the tools I used might be useful for devs here that have lost renpy projects and that’s one ethical use of this stuff I think we can all get behind.

EDIT: The flies needed to test the partial translation are now up, after approval from the dev. Merge the folder with the existing game folder and it should work… most of the time. There are known issues with missing translation strings and it needs more thorough debugging.

Language SHOULD be changeable via Preferences. It may also need to be launched from the game engine itself.game.zip (756.9 KB)

Speaking as a Canadian, I should probably warn you, most of us aren’t bilingual. And even those of us who are, it’s very seldom French.

Generally German, Ukrainian, or Cantonese in my neck of the woods. Quebec and New Brunswick are a long way from here.

I’ve actually seen this before and was trying to understand it but I was unable to as I am very very basic in French. I also didn’t want to translate it publicly for the same reasons you stated so it’s understandable if you don’t want to post it until permission is given.

Oh damn, this game is for me, i’m absolutely French

For those less fammiliar with french.
If you have some screen grabbing software.
Here’s a site that can translate text on images.
https://translate.yandex.com/ocr

Also, love the game man!
But how can i reduce stress and increase health?

I’d also like to save Astrid if thats a thing yet,

There is a link to his discord, have you tried asking the author on there yet?
Game looks promising. He has the mechanics down.

Okay, my French is better than I thought, and this game is a lot of fun (if rather tough at the start)! I do hope parvinjaan makes an account here.

Regarding translations it would be nice to have it done by a person and using RenPy’s built in tools. There’s stuff in there that’s very French, and it’s going to take more than a machine translation to make sense of some of it (how do you explain “Raclette” - not a squeegee, but from my own experience very good to eat).

On the other hand I wonder if the translations could be wrapped up as a mod, so they don’t include the original scripts - just a thought.

The game is fairly tedious so I recommend saving every 10 days or so since you’ll die a fair bit.

Concerning that cursed friend I think you need the 30 000 flat so she can live with you or something, because despite feeding her,weighing her or going to the restaurant together till I nearly died of sickness she keeps losing weight.

So never go walk around in the city till you’re rich because you’ll meet her and she’ll very probably die, given how you’ll be too busy with health, stress, sickness, etc.

Also an easy tip is only drinking water (free) and going to college, taking a few classes and you’ll be able to get a teacher job for 500/3 actions.

the game is not tedious so much as does not explain the mechanics behind your health. some basic tips you need to do some minimal form of exercise action every day, both under and over eating hurt your health. An example of bad choices would to be to only work all day then over eat, likely to lower your health and make you sick. The worse your health is the more likely you are to get sick. in regards to the fulness/hunger bar it only matters how full it is after the last action of the day. everything before that does not matter. basically you should eat to fill the bar before your last action that after it it will be where you want at end of day when the calcs and checks happen. as the game tips you 3/4 full = weight same. it being empty results in you starving to death and you over eating well past it being full results in either your death or being sick from overeating. concerning the friend you also can turn down to hang out with her indefinatly until your ready the only actions that count as feeding her are catering for her and serving snacks when she comes over to your place studio or better.

Could we get an overview on WHAT this game even IS? XD

You manage the daily life of a female character, what they eat where they go what they wear. Similar to Newlife or Cursed but this game focuses largely on gaining weight in different places on the body and the challenges and rewards that can come from that in the world.

there’s a discord?
Is the link in the game or in the thread?

I think a lot of the issues it has re; that can be fixed with tweaks and improvements. Even as a non-coder, there was stuff I saw in the files that could be build differently or changes to make it less guesswork. EG: did you know that some foods increase some body parts more than others or possibly none of them? Stuff like that.

It’s right there on the itch.io blog in OP’s link. Last sentence on there.

Hi! It's been a long time everyone ! But I think it's worth it! Version 0.11 adds a lot of new features The biggest changes are: Stress level has been replaced by a well-being level, with more conseq...

Still no English translation. If one of you feel capable, contact me.
Enjoy!!! <3

The rudimentary translation files and the script they are tied to have been added to the OP, with permission. As native speakers will notice, it’s ok in some places and misleading if not plain wrong in others. The machines will not take over just yet lol.

Screens.rpy only has one modification which adds a language select screen (under preferences).

This should be enough for people experienced with the engine to fix or finish it up.

e: I do not recommend trying to edit the files with a basic text editor as python scripts are pretty fussy with things like tabs, spaces and encoding. You have been warned.

Am I crazy or is there something else i need to do to get the translation files? there doesn’t seem to be any link in the OP

Sorry about that. I accidentally added the wrong file in the zipped folder I uploaded originally. I forgot that they were in a separate directory since I’ve been tweaking the translation a bit as a project in renpy.

Proper files should be up this time.

Translation works but the game glitches every time you open your self stats. The “Moi” tab.